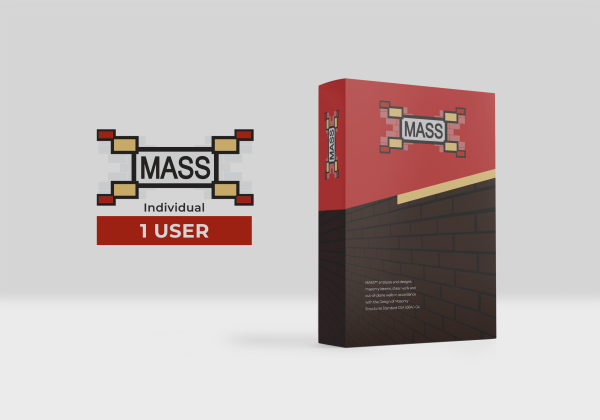 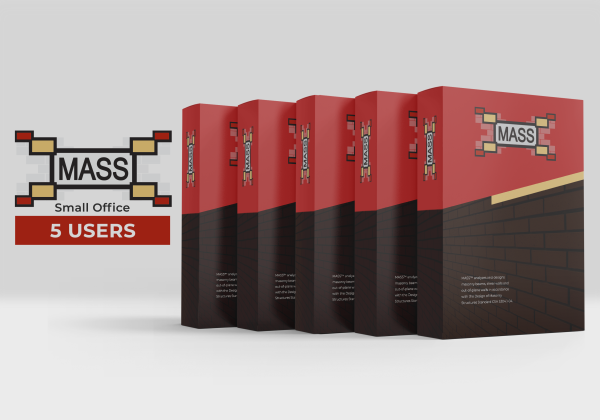 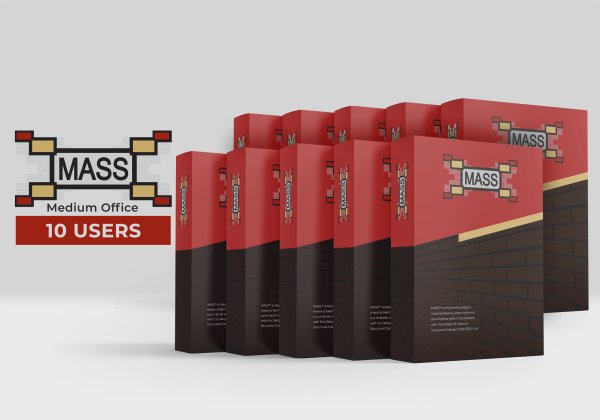 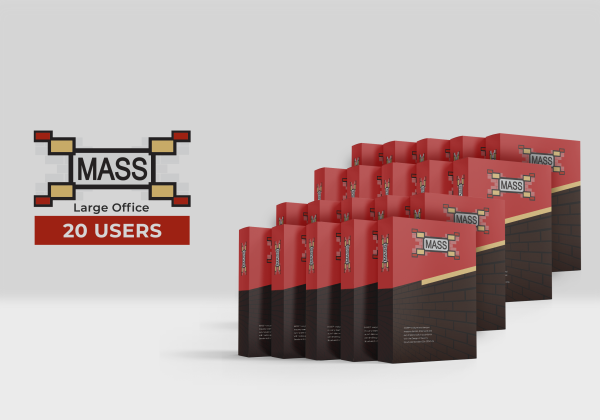 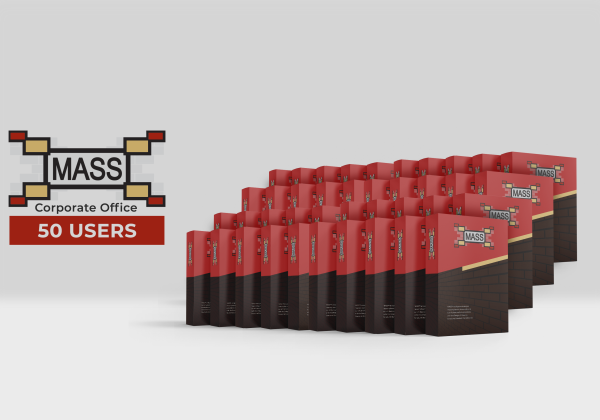 MASS analyzes and designs masonry structural elements such as beams, out-of-plane walls, and shear walls in accordance with Canadian Codes and Standards, including CSA S304-14: Design of Masonry Structures

The beam module designs structural beam elements composed of reinforced, fully grouted concrete block. It is often the case for masonry elevations that that courses of block exist above an opening that can easily be analyzed and designed as a loadbearing element. This can be time intensive for an engineer to perform by hand but MASS™ is able to perform these calculations in seconds!

The beam module performs engineering calculations to design for the moment, deflection, shear (which may include the addition of stirrups), and bearing.

Simply specify your opening and beam geometry, apply unfactored loads, and let MASS™ take it from there!

The wall module designs single span, out-of-plane concrete block masonry walls. For walls, MASS™ supports the following block types: hollow, semi-­solid, and solid block, which can be laid using a running bond or stack pattern arrangement. The wall module performs engineering calculations to design for the axial load, moment (including slenderness effects) and deflection (including secondary effects), and shear (both diagonal and sliding).

Simply start by entering the unsupported height, apply the unfactored loads, and the software can design it from there in seconds!

The shear wall module performs engineering calculations to design for the axial load, moment and deflection, and shear.

The release of MASS™ Version 4.0 expanded the scope of the shear wall module to include the Simplified Equivalent Static procedure introduced in the 2015 NBCC for areas of low seismic hazard risk. Post-Disaster shear wall elements can also be designed with increased ductility, as it can now design sections within the designated plastic hinge.

How to Change the Auto-Renew Setting for License Subscriptions

When your license was purchased, a subscription was also set up with a recurring annual billing schedule. This article explains how to ...

END_OF_DOCUMENT_TOKEN_TO_BE_REPLACED

When transitioning over to the new website, old accounts were not copied over Are you having issues logging in to the MASS website? Ch...

END_OF_DOCUMENT_TOKEN_TO_BE_REPLACED

Release Notification: MASS Version 4.1 addresses some existing bugs and is available today at no extra cost

END_OF_DOCUMENT_TOKEN_TO_BE_REPLACED

Summarizing what's new and what is staying the same going forwardWith the MASS software website getting a total rebuild, it is now quic...

END_OF_DOCUMENT_TOKEN_TO_BE_REPLACED

MASS is beginning a new transition to paid licenses that can be renewed annually through the new online store, built on to the existing...

END_OF_DOCUMENT_TOKEN_TO_BE_REPLACED

MASS Version 1.1 has officially been released to engineers across Canada. It comes with all of the same finctionality found in Version ...

END_OF_DOCUMENT_TOKEN_TO_BE_REPLACED

The Canada Masonry Design Centre (CMDC) and the Canadian Concrete Masonry Producers Association (CCMPA) are proud to announce the forma...

END_OF_DOCUMENT_TOKEN_TO_BE_REPLACED

From installation to advanced functionality - we are here to help! Search our MASS™ Resources Library of documentation, or reach out to our team for support.